Reported by Reuters NEW YORK (Reuters) - About seven out of ten Americans think social media platforms intentionally censor political viewpoints, the Pew Research Center found in a study released on Thursday. The study comes amid an ongoing debate over the power of digital technology companies and the way they do business. Social media companies in particular, including Facebook Inc and Alphabet Inc’s Google, have recently come under scrutiny for failing to promptly tackle th 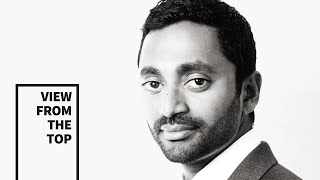 Originally published here on The Verge. Another former Facebook executive has spoken out about the harm the social network is doing to civil society around the world. Chamath Palihapitiya, who joined Facebook in 2007 and became its vice president for user growth, said he feels “tremendous guilt” about the company he helped make. “I think we have created tools that are ripping apart the social fabric of how society works,” he told an audience at Stanford Graduate School of Bus